Don’t you just love when you have absolutely nothing to do? Finally you can just relax and watch your favorite show on Netflix! But there’s something special about Netflix.

A lot of people don’t only watch one or two episodes. Most binge watch. Nowadays, everyone loves a good TV show they can relate to.

Because you like the shows so much, you can’t stop watching them.
Mr. Hough, a teacher at AHS, is one of these people. During the recent string of snow days, he finished watching the last of 275 Cheers episodes. “It’s kind of pathetic,” he said. “I’m not proud of it. I need a hobby.”

The Principal of AHS, Mr. O’Brien, is also a binge watcher. He watched the whole series of Dexter that consists of nine seasons, and he also watches the ESPN 30 for 30 series, which Mr. Hough watches as well.

We are definitely guilty of binge-watching. What is binge-watching, exactly? Well, thanks to Netflix, binge-watching is happening within almost every household. Binge-Watching, also known as binge-viewing, is when someone watches a television show for an extended, and unusual amount of time.

Just about everyone knows subconsciously what it means, because almost everyone has done it. What exactly is so enticing about Netflix?

The good thing about Netflix is that there isn’t a certain time and day an episode comes on. You can watch it whenever you want. We find the best times to binge-watch is on snow days, when you’re sick, laying down at night, over a break from school, and also anytime that you are free and are able to watch it on your mobile device.

The fact that it is only $7.99 a month and you can watch an entire season of your favorite TV show is another reason why people love it. The only problem about this is that all the retail movie renter businesses have little to no business thanks to Netflix.

No offense to Blockbuster, but Netflix offers more for your money and is a lot cheaper. This is what has everyone so hype.

Now, the bigger question is, what TV shows are the best to watch on Netflix?

The Blue and Gold newspaper staff has compiled a list, through interviews of the students and faculty, of the top ten shows to watch: 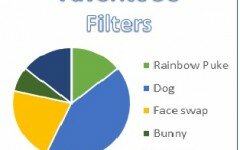 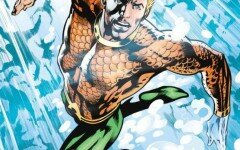