'Tis the season for itchy eyes, scratchy throats, and sneezing. It’s the worst feeling--bouncing between weather and being sick from it. Every person with allergies is fed up with having them. “It’s like I live in a bubble, and I risk my life to come to school every day," said Megan Budnick. AHS... Read more » 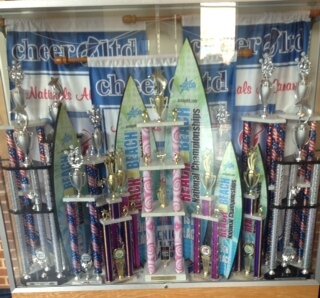 They are probably known as one of the most popular teams in school--everyone knows who they are. The Aberdeen Dance Company are Grand Champions of the Ameri-cheer/Ameri-dance International Championship. With all the hard work that goes into their routine, they practice roughly about 14 hours a week,... Read more »

Hasn’t it always been traditional for boys to ask girls to dances? However, when is it appropriate for a girl to ask a boy? Well, the time is now, ladies! Aberdeen High School’s SGA and AHS’s Leo Club are hosting a Sadie Hawkins dance. The Sadie Hawkins dance was originally going to be held... Read more »

Are you a writer or artist? Do you want your work to be seen by others? Consider submitting your work to the literary magazine at AHS! You can submit any original artwork or literature. See Mrs. Blackburn for details, if you are interested.

This article is taken from an argumentative essay Editor-in-Chief Alexis Tyler wrote for a class at AHS. It’s a beautiful thing to bring a child into the world. The ability to produce life comes with more responsibility then “parents” have acknowledged initially prior to their parenting... Read more »

Can you believe that homecoming was in the beginning of this month and here we are close to celebrating the Thanksgiving holiday? As we reflect on the great memories of that night, we take a look at who won the coveted roles of Homecoming King and Queen. I’ve had the honor of interviewing the homecoming... Read more »

Attention seniors: Senior portraits are scheduled for October 31st and November 1st at AHS. Appointment cards will be mailed out soon. Contact Mrs. Jackson in the office for any questions or concerns. Be ready to capture the moment of a lifetime!

Want a Free Ticket to Prom?

Everyone get your boogie shoes on, and dance your way over to the Zumba-Thon on Friday, October 4 at 6:30 PM in the AHS gymnasium. Doors open at 6:00 PM. Get your tickets in advance for $10! For tickets and more information, contact AHS school nurse Robin Testerman at ... Read more »

With a team that’s stronger than ever, the dance team prepares to take the national title once again. A team with 19 seniors and 31 dancers, the Aberdeen Dance Company has a lot in store for them this year. The Dance Company is competing in the world dance team competition as the only public school,... Read more »

8:46 is when the first plane hit. At 8:46, as a nation, we cried, shared grief, and wallowed in questions that couldn't be answered. But at 8:46, we realized that as a nation we can never fall. We are too strong and patriotic to recline and let our nation crumble. This lugubrious occurance in our... Read more »