These four years have flown by so fast. My entire high school experience has been one whole memory I will never forget. In less than a week, my time at Aberdeen High School will officially be over. June 5th is the exact day of our graduation. I feel like I speak for all the seniors when... Read more »

Nicki Minaj is widely known for her crazy antics involving her famous wigs, outfits and verses within popular songs. However, the rapper’s third time around seems to have taken a new route. Minaj released the single, "Pills N Potions," on May 21, 2014. The song is the lead single to her third studio... Read more »

Just about everyone knows the struggle of not only a bad hair day, but the struggles of hair in general. This issue has been haunting teens and adults everywhere, so a little in depth research and advice is in order. There are many different types and combinations of hair. This means there has to... Read more » 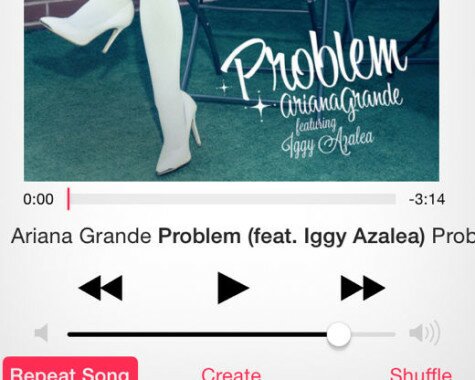 For the past week, “Arianators” who are formally known as Ariana Grande fans, have been counting down for their idol’s newest single release. Ariana Grande’s new single was set to be released on April 28, 2014. Not only were her fans counting down, but Grande herself was counting down as well.... Read more »

The Truth about Senior Year

Throughout my entire high school experience, I was told my senior year was going to be a breeze. This, however, turned out to be false. When I was a freshman, I was always looking forward to becoming a senior and being on the top of the “food chain” while in high school. I had this vision that... Read more »

Don’t you just love when you have absolutely nothing to do? Finally you can just relax and watch your favorite show on Netflix! But there’s something special about Netflix. A lot of people don’t only watch one or two episodes. Most binge watch. Nowadays, everyone loves a good TV show they can... Read more »

@AHS_Compliment Page is a Big Hit With Students

On Twitter, an anonymous person created an account, @AHS_Compliments, where people can anonymously submit their compliments for people within Aberdeen High School. It seems as though every high school has gotten the same idea and created a page for each high school. The compliments are submitted... Read more »

Raising the Minimum Wage, Raising Our Standard of Living

In this economy, money is very tight, even with a decent paying job. Imagine living on a minimum wage income. The current minimum wage is $7.25 an hour. Sierra Rosten says, “Right now, it kinda sucks.” The question is, should it be raised? Or stay the same? This argument has been talked about... Read more »

Johnny Knoxville is known for his “trickster” ways and outrageous pranks he pulls on his friends in his movies, Jackass. He recently came out with a new movie, Bad Grandpa. I watched it over the long weekend. Bad Grandpa  is about Johnny Knoxville going around and causing... Read more »

It’s no surprise that Beyonce is one of the top recording artists. She has constantly dominated the charts with popular singles such as “Single Ladies (Put a Ring on it)”, “Halo”, “If I Were a Boy”, “Naughty Girl”, and “Baby Boy”. Her past albums include, “Dangerously in Love”,... Read more »

Blood Drive: It’s Not That Bad!

Yesterday was the second time in my life that I have given blood. My first time donating blood, I was extremely nervous. I wasn’t nervous about the idea of a needle, but I was simply nervous because I wasn’t familiar with the process. Once I had gone through the donation process and I had successfully... Read more »

Don't forget to come to Basket Bingo tomorrow night! It will take place on November 15th. Doors open at 6:00pm and the actual Basket Bingo starts at 7:00pm.   Food will be provided, such as sloppy joes, hot dogs, a variety of sandwiches, desserts, nachos, chips, and beverages.... Read more »

What the Holidays Mean to Me

During this time of year, when the season is changing, leaves are falling, and temperatures begin to drop, a new kind of energy fills the air. Happiness and joy are the two types of emotions that come to mind when I think of the holidays. During the winter/fall season, two holidays that are very important... Read more »

The homecoming dance and prom are the two most memorable dances in anyone’s high school experience. Wouldn’t you want to dress appropriately for the occasion and make a statement? For girls, their dresses are all creatively designed and made to make each girl feel unique and special. The guys however,... Read more »

With a team that’s stronger than ever, the dance team prepares to take the national title once again. A team with 19 seniors and 31 dancers, the Aberdeen Dance Company has a lot in store for them this year. The Dance Company is competing in the world dance team competition as the only public school,... Read more »