It’s that time of year again. The weather is getting colder, the end of the football season is on the horizon, and students from every grade are wearing their class colors in the name of school spirit. The school is buzzing with energy this week, with the Homecoming dance on the horizon. The pep rally is just hours away and you can feel the excitement building throughout the school.

At the center of all this commotion, there is one game to be played. A battle to be fought by two teams that both desperately need late season wins to keep their playoff hopes alive.

This Friday night, when the first whistle sounds, Aberdeen will have begun its first game at home for this entire season (Halloween almost came faster than an Aberdeen home game). Tomorrow’s game is a must-win for two teams that are clawing for a playoff spot. The teams are 5-3, both teams made playoffs last year, and both teams have electrifying playmakers.

With all these facts understood, let’s take a look at the two teams that will battle it out in a historic game this Friday night.

The Aberdeen Eagles (5-3) have come a long way since their week four last-second loss in Fallston. The team has obviously matured a lot after going through a two-game skid in early October. Coach Johnny Brooks has been effectively taking chances on every fourth down this year, and the results have shown. The Eagles rely on big playmakers and a heavy passing attack to open up a speed running game.

Quarterback Lavell McCullers has proved he’s a dual threat in the backfield as a runner and passer. Time and time again, he has used his legs to extend plays and find open players downfield for huge plays. When no one is open, McCullers has been known to turn the ball up field and make plays himself. He’s a dangerous player that can change a game quickly, with an accurate strong arm, and electrifying speed.

McCullers is not the only Eagle on offense making plays, however. The team also features wideout Mark Meynisse who has been a huge part of the Eagles passing game this season. He consistently has used his speed to get behind defenders and allow McCullers to air it out 40+ yards, multiple times per game. Meynisse has been in the endzone a lot through the first eight weeks of the season, and his ability to catch balls in traffic has made him a reliable #1 target for McCullers all season.

On the ground, Ken Shea McCraney has been nothing short of a beast. He’s due to break a tackle on almost every play, and uses his breakaway speed to exploit any hole a defense leaves open. Time and time again, McCraney has been in open field after looking bottled-up and contained. My advice to the crowd is to not turn your back when this guy gets the ball; he’s impressively explosive until the whistle blows. This offense is a complete unit that can score from any position on the field.

The Perryville Panthers (5-3) have consistently been in contention for the playoffs almost every year. Following a loss to New Town in their run to states last year ,the team had to replace their starting halfback and offensive juggernaut Joe Peaker. Ethan Griffin had an UCBAC best 13 touchdowns and 28 receptions through week six, and has been scoring for this team ever since. Perryville is tied for fourth place in the county, alongside Bel Air at 5-3.

The Panthers feature big playmakers such as running back Tony Smith, who uses speed and athleticism to lay big hits and deliver the punishment as a ball carrier. Ethan Griffin has been consistent throughout the year and leads the team in rushing yards at 546. Griffin averages a whopping 7.91 yards a carry over just 69 carries. In the air, the Panthers have receiver Tyrell Hollingsworth who leads the team with 646 receiving yards.

Both teams have lost some tough games this season. The Eagles lost two nail biters to North Harford and undefeated Fallston. They were forced to forfeit a game, in which they originally won in week one, due to an ineligible player being on the roster. The 5-3 Eagles now sit in an all-or-nothing position this Friday, as they must win out for the rest of the season in order to make the playoffs. In short, every game is a must-win for the Eagles.

The Panthers were on a roll at 5-0 following a midseason three-point win over the Bel Air Bobcats. In the last three weeks, the Panthers have dropped all three games. Those losses came against C. Milton Wright, Havre de Grace, and Fallston.

This team is now in a surprise must-win situation as well, as the Panthers look to gain back their winning formula. The Eagles, on the other hand, are coming off of a 43-13 beat down of the HdG Warriors, in which many starters were eventually benched after the first quarter to save them from injury. The Eagles also beat CMW in blowout fashion earlier in the season.

It’s not to be overlooked that the Eagles are still experiencing success, despite playing every single game of the season on the road. The Eagles have played top-level teams right down to the final seconds, and even let an upset slip through their fingers when they allowed the undefeated Fallston Cougars to kick a last-second field goal. This is a team that has won four games with points scored around 50.

Aberdeen will open their turf this Friday in their homecoming game against Perryville, and after the glam of a pre-game inauguration ceremony, a game must be played. Despite the energy of happiness and excitement throughout the student body, there is no doubt that both the Panthers and Eagles realize what is at stake this Friday night—their seasons. 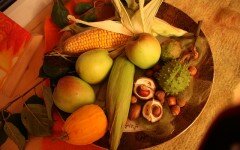 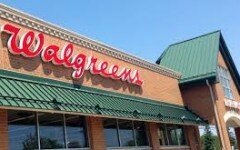 Billy Morris attempts to hide a grin as he’s interviewed, describing making it to states for cross country. It’s “the most amazing feeling ever,...

After interviewing both varsity and junior varsity head coaches, the Blue and Gold staff is excited to bring you the first annual 2013 AHS Fall Sports...