It’s no surprise that Beyonce is one of the top recording artists. She has constantly dominated the charts with popular singles such as “Single Ladies (Put a Ring on it)”, “Halo”, “If I Were a Boy”, “Naughty Girl”, and “Baby Boy”.

Her past albums include, “Dangerously in Love”, “B’Day” “I am … Sasha Fierce” and “4”. However, to everyone’s surprise, on December 13th, 2013, she unknowingly released an entire album with not only 14 songs, but also 18 videos!

With a total of 32 songs which equal up to 145 minutes, everyone was shocked when Queen Bey decided to drop an unexpected album. According to Billboard.com, Beyonce has already sold 450,000 copies worldwide in just one day.

Beyonce is expected to reach 600,000 in the next seven days. As someone who doesn’t usually buy albums, I had to buy this one. I have already listened to the album, and it is almost exactly what I was hoping for, and worth every penny.

Watching the videos themselves before listening to the songs really does help capture the emotion of the song. Beyonce’s “visual album” really is exactly that.

In Beyonce’s album, she has songs that feature Frank Ocean, Drake, her husband Jay-Z and even her own daughter Blue Ivy.

Each song has its own video, including two bonus videos, “Yonce” and “Grown Woman”. The total for the purchase of this album is $15.99. Individual song purchases should be available on December 20 on iTunes.

If you have already bought Queen Bey’s new fifth album, tweet us your favorite song on the album @AHSBlueandGold!

One Response to “Queen Bey Does it Again”

On Sunday February 8th, CBS held the 57th Annual Grammys Awards at the Staples Center in Los Angeles, California. It was shown live on television at 5...

Bobbi Kristina Houston, daughter of Whitney Houston is in a medically-induced coma after she was found face down a bathtub in her home in Roswell, Ge...

YouTube sensation Trisha Paytas has finally reached a long-term dream of hers: creating her own skin care line! Although she’s already accomplished ... 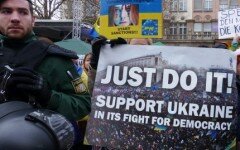 On Sunday February 8th, CBS held the 57th Annual Grammys Awards at the Staples Center in Los Angeles, California. It was shown live on television at 5...

The Patriots conquered Super Bowl XLIX, despite doubts by many. They closed out the game at 28-24 over the Seattle Seahawks. This win brought Patri... 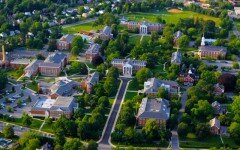