Some amazing phones came out on the market this year, and we’ve gathered information about each to help you with trying to pick out the perfect phone. There’s something here for everyone!

The Galaxy Note 3 is so powerful and long-lasting you may not need a tablet. This Android device packs a big and bright 5.7-inch display, and you can take notes with ease using the built-in S Pen. The Note 3 is also a multitasking phone, thanks to its Snapdragon 800 processor. With Samsung’s Multi Window feature, you can run two apps side by side and drag content between apps. You can even run a third app on top of all that with the Pen Window feature. The best part about this tablet is its power, offering more than 10 hours of battery life.

You can buy at: AT&T | Sprint | Verizon Wireless

IPhone 5s doesn’t seem much different from its predecessor. Another reason to get the iPhone 5s is its iSight camera. With larger pixels and a dual-LED flash, this 8-megapixel smartphone captures fantastic photos indoors and out. Add in a TouchID sensor that makes it a cinch to unlock your phone and make purchases, and IPhone 5s is one of the best phones. Some people will buy the iPhone 5s simply because they are “Apple people”–but this phone will appeal to most.

This device can answer all sorts of questions; the secret is the Moto X’s language processor. The ability to customize your own design online, an eye-popping 4.7-inch HD screen, and active notifications that deliver alerts before you even unlock the phone. Although the camera could be better, the $100 price of the Moto X makes it a fantastic value.

There are BoomSound speakers on the front of the phone. The HTC One has a 4.7-inch 1080p screen it’s very bright with wide viewing angles. And don’t forget about touch. The HTC One is made from aluminum and it puts all the regular plastic Android to shame.

The Galaxy S4 can answer the phone or change music tracks with hand gestures, control your TV, and even double as a voice translator. The Galaxy S4 also has a bright 5-in with AMOLED screen in a surprisingly lightweight 4.6-ounce design. The camera provides all kinds neat tricks, including the ability to erase photo-bombers and stick together slick-looking sequence shot, but it also allows you to replace the battery and expand the memory.
Phones that are Coming Out in 2014

The new iPhone 6 has an impressive 6-in screen with a cool fingerprint sensor. It has a good amount of storage capacity, with a A7 processor and a 8 mega pixel camera with LED flash. The people who are loyal to all Apple products will definitely be trying to snatch this up right away, probably camping out outside of the Apple stores for days leading up to the release!

The Galaxy s5 has a flexible display on edges which will provide navigation options while using apps and touch based volume rocker and profile button too. This concept features a 16 MP camera, metal body, waterproof and shockproof body, 32oo mAh battery. This phone is seen by some as the iPhone’s biggest competitor.

Much of this helpful information was gathered from the following sources: 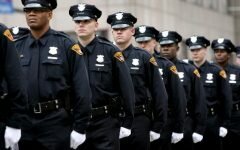 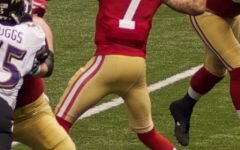