On Sunday February 8th, CBS held the 57th Annual Grammys Awards at the Staples Center in Los Angeles, California. It was shown live on television at 5:00pm (Pacific Time). The show was hosted by none other than LL Cool J, for t...

The Patriots conquered Super Bowl XLIX, despite doubts by many. They closed out the game at 28-24 over the Seattle Seahawks. This win brought Patriots quarterback Tom Brady to an impressive three MVP (Most Valuable Player)... 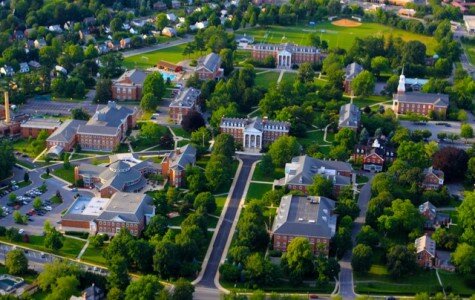 Today, the United States Congress will vote on a resolution to send combat units to the Middle East after months of consideration by the President on what to do about the growing threat from ISIS. The move follows the confirmed...

Practice Your SAT or ACT Over President’s Day Weekend!

The Bel Air Sylvan Learning Center is offering free SAT and ACT practice tests over President’s Day weekend. Their full-length, timed practice tests are a great way to help you improve your test taking skills. By taking the...

“A supposed affliction of students in their final year of high school or college, characterized by a decline in motivation or performance” is Google’s take on senioritis, but basically it’s the feeling of not wanting to...

"American Sniper" is a newly released film about the struggles of an American Navy SEAL sniper, Chris Kyle. As he struggles with his time at war and his time away from war, a huge statement is made through the way he conducts...

Terror in the City of Lights

On January 7, 2015, a mere week into the New Year, a hub of western civilization was attacked barbarically by Al-Qaida affiliated terrorists. Paris, France is still reeling from the attacks that left 12 people dead at a local...

Teen Gets 80K Retweets to Ask Friend’s Mom to Prom

Lily-Mae McKinstry was a ten year old girl who thought of others before herself more often than not, even at the least predictable of times. Lily-Mae was diagnosed with brain cancer earlier this year and underwent intense radiotherapy. The...

On Monday, December 22, the Aberdeen High School Student Government Association hosted a brunch for teachers and staff to show appreciation. The Holiday Feast took place in the media center. Students who take the advanced...

Want to be a member of the Varsity Club? Come to the meeting on 12/17!

Do you want to be a part of a fun, service-based group that supports AHS clubs and organizations? Consider joining the Varsity Club! The Varsity Club is an organization made up of students who are active members of the school...