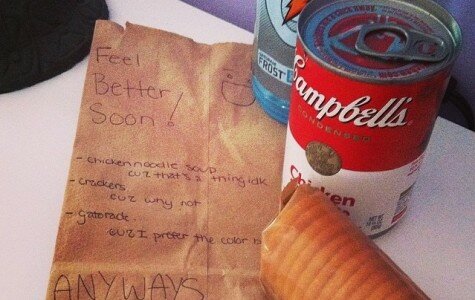 Comfort Foods: Why We Love Them

How It Feels To Be “The New Kid”

It can be the worst feeling to be the “new kid” in school. The one nobody smiles at or high fives in the hallway, or the kid that sits alone at lunch because you haven’t made friends yet. Not to mention how embarrassing...

Are you excited to kick off the fall season with a new school year and new clothes? With all of these new fashion trends appearing, will you be a trend follower or a trend setter? Here are a couple of ideas to stay fashionable...

These four years have flown by so fast. My entire high school experience has been one whole memory I will never forget. In less than a week, my time at Aberdeen High School will officially be over. June 5th is the exact day ... 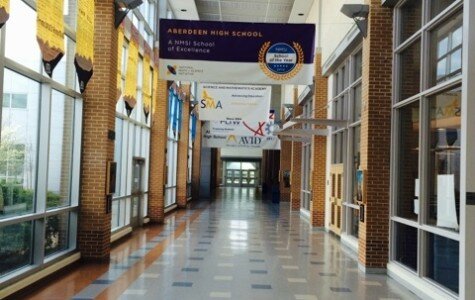 Yesterday, AHS junior Chrissandra Jackson had the opportunity of a lifetime when she spoke about her experiences to 200 students at the Red Cross Building in Washington. For more detailed information, read the press release...

They are probably known as one of the most popular teams in school--everyone knows who they are. The Aberdeen Dance Company are Grand Champions of the Ameri-cheer/Ameri-dance International Championship. With all the hard work...

When Ozzie Newsome said he wanted to add weapons for Joe Flacco and the Ravens this offseason, he meant it. Since then, the Oz has struck several key deals to help the Ravens stay competitive in 2014. Dennis Pitta, Daryl Smith,...

Do you feel more refreshed and ready for school when we have one of our many two-hour delays this winter? Do you think 7:30 is too early to be at school in the morning? If so, you aren't alone; many counties in Maryland...

Over the past several weeks, an upheaval of the government in Ukraine has been underway. The people of the capital city of Kiev were gathered in the streets protesting the regime of President Viktor Yanukovych. After a deadly...

Don’t you just love when you have absolutely nothing to do? Finally you can just relax and watch your favorite show on Netflix! But there’s something special about Netflix. A lot of people don’t only watch one or two...