To the student body of AHS: Mark Holloway and Erin Tillery will be doing videos for our newspaper. The videos will be focused on anything and everything Aberdeen. Topics for the videos will be generated by YOU! If you have... Read more »

On Friday, October 24, Aberdeen High School had their annual homecoming football game. Even though the Eagles were on the losing end, 27-0, everyone was still proud of how far they’ve come. At the game against Havre De... Read more »

Can you imagine a future where common, even complicated, everyday items are just a mouse click away? No more last minute trips to Target because you ran out of paper plates or solo cups. Just download a file, add filament, and... Read more »

Spirit Week at AHS started this week, in anticipation of the big Homecoming game that is happening Friday night. The first day of Spirit Week was "'Merica Monday," in which students displayed their spirit by wearing red, white,... Read more »

Fun Time With Family– Leave the Electronics Behind

When you’re having fun time with your family, you shouldn’t be worried about who is texting you. You should be involved with what your family is doing when you’re on a vacation with them-- so leave the electronics behind. Whenever... Read more »

“Gone Girl,” directed by David Fincher, stars Ben Affleck (The Town, Argo) as Nick Dunne, who comes home to find his coffee table smashed and his wife Amy missing. With his wife’s disappearance having become the focus of... Read more »

On Saturday, October 4th, 2014, the annual Darlington Apple Festival took place. This is a non-profit event, with many vendors, food, hayrides, and more! Many people from all over come to join in on the festivities every year... Read more »

With Halloween quickly approaching, there are a lot of things to do around town with family and friends. One thing to do around town is pumpkin picking. For the month of October, Brad’s Produce in Churchville is allowing... Read more » 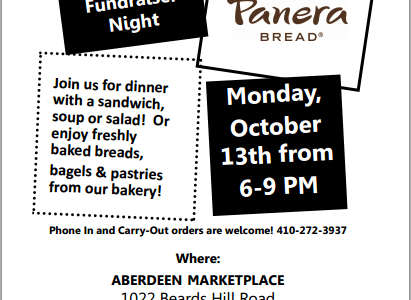