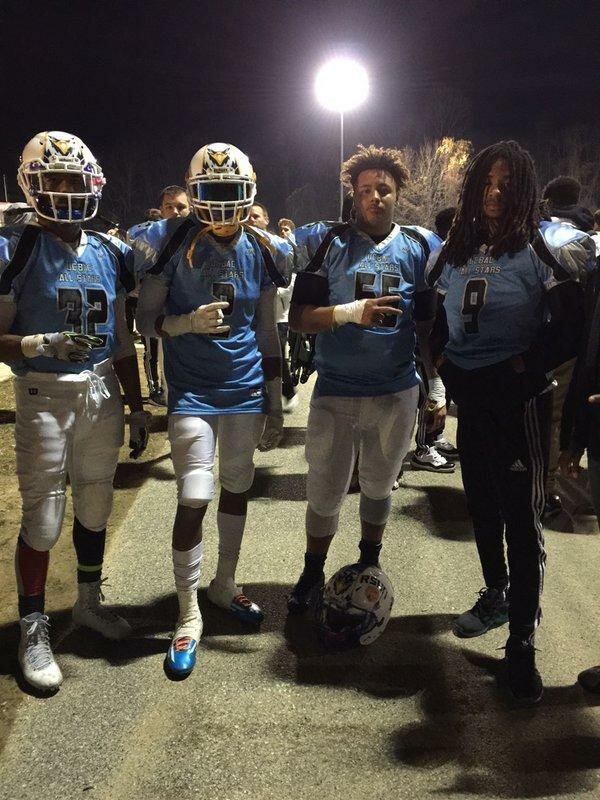 The UCBAC Football All-Star game was played on Friday, November 20 at Harford Tech stadium. This game is a once a year event when all the teams in the UCBAC gather the top 4-5 seniors from each team and separate the conference into North vs. South.

The North team was made up of Aberdeen, North East, Harford Tech, Rising Sun, Perryville and Bo Manor.

The South team was made up of Bel Air, North Harford, Edgewood, Fallston, Joppatowne, Patterson Mill, and C. Milton Wright.

The teams had a base defense as a 4-3 or a 3-4 defense, with no blitzing, and they were only allowed to run a certain amount of plays. Players received a jersey, all-star hoodie, and socks.

This year’s game was won by the South with a score of 44-14. Some people said that the teams were a little uneven, with two teams from the North being in the playoffs, but with that it should have given the North team a competitive edge to play harder and win the game.

The UCBAC All-Star game is one last time for the seniors to pad up and have a good game with people they played against all four years.