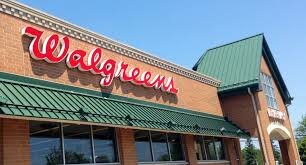 Earlier this year, Rite Aid took up Walgreens on their offer to purchase their company, for an astounding $17.2 billion. This great purchase brought their building count up to over 13,000, branching their names out to 31 American states and 11 different countries from their original 4,600 stores. This allowed them to butt heads with CVS in numbers, whom have only 10,000 stores, leaving them to bite the dust.

In addition to this purchase, last year Walgreens completed a merger with a British pharmacy chain known as Alliance Boots, creating a chain of 12,000 stores in 25 countries. In the Baltimore area alone, there are 40 different Rite Aid buildings scattering the area, another 70 of them in the surrounding area.

According to some, the statistics won’t really affect the consumers themselves. For the areas that CVS doesn’t play as large of a role, Walgreens and Rite Aid simply fill in the gaps. It’s been a competition of efficiency and ease for the consumers, such as online ordering and lower prices.

Because the more accessible, the more attention a company will get; often times regardless of what their personal product is like in comparison to rival companies.

It is said that Rite Aid will maintain their current name for the time being, but it is subject to change in the future under the authority of their new owners.

In addition to their purchase of Rite Aid and Alliance Boots, Walgreens has also obtained benefits through growth with Duane Reade and Drugstore.com in the past few years, and it wouldn’t be a surprise if they merged further with other pharmacy companies. Rite Aid themselves tucked EnvisionRx under their wing, further adding onto the pile of co-operating pharmacies.

As Aberdeen has both a Walgreens and a Rite Aid, it is certain that the community will be affected, as well–but that effect is not yet clear.